If you’re a zombie fiend, making a Walking-Dead-themed fish tank with Walking Dead fish tank decorations might be right up your alley. Even though the series ends in 2022, you can keep it alive in your aquarium.

Hey, Carl, what’s the difference between a piano and fish? You can’t tuna fish, Carl!

Now that we got the bad fish-related Carl joke out of the way, it’s time to think about all the things that you could put in your tank to make the grandest zombie apocalypse that ever walked through the bottom of a fish aquarium.

**Important**: Before you add anything to your aquarium read this first; How to make fish tank decorations safe at home. A lot of aquarists use Krylon Fusion Paint in their aquariums to seal or paint homemade decorations. Kyrlon Fusion comes in a few colours as well as clear. So go ahead & use that Carl Figurine, just seal it first.

The bigger your tank, the more epic your Walking Dead aquarium scene. The pieces that I’ve linked to here can go together to create a really great zombie-scape for your fish. 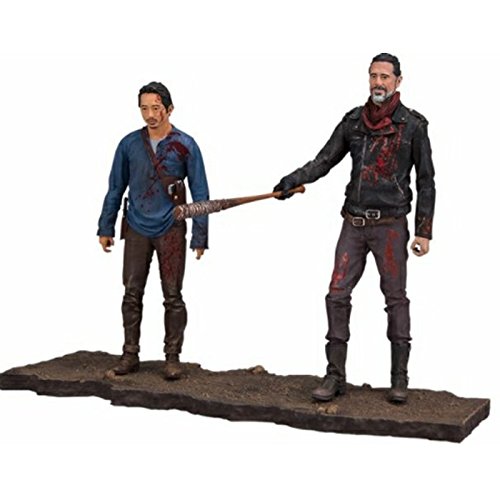 The Negan & Glenn one and the Daryl Dixon one will work incredibly well in your tank since you can bury their stands under the substrate to keep them upright more easily.

Some of these come with cloth clothing rather than having painted-on outfits. With time and fish nipping, they will become even more disheveled, giving a more authentic feeling for the scene. 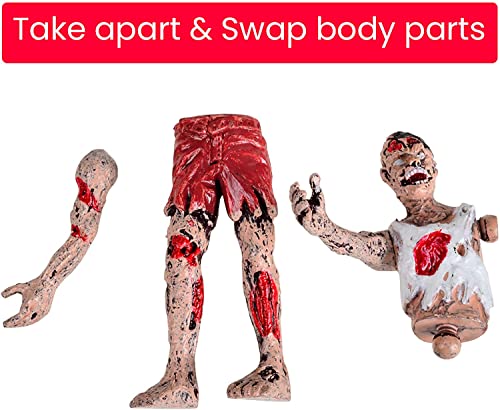 Our heroes need to have a few zombies, either chasing them or blocking the path ahead. These walking corpses are suitable for all your zombie needs.

These guys aren’t much for looks, but that’s part of the point of zombies, isn’t it?

What makes these zombies extra fun for your aquarium is that you can take the zombies apart. Swap body parts or perhaps strew them on the ground where Michonne has sliced them off with her katana.

These Zombies almost look cute. If that’s your thing maybe check out these Disney Aquarium Decorations. 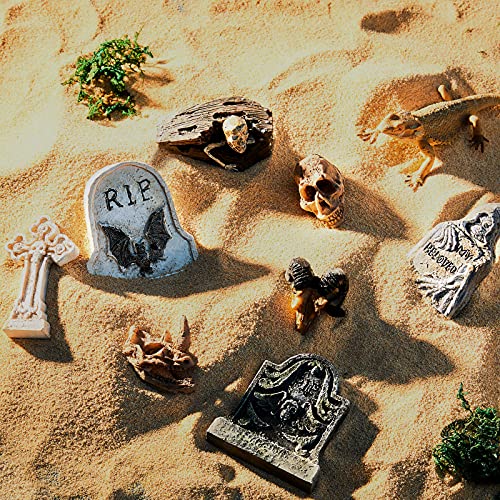 I don’t know about you, but I have an overactive imagination when setting up storylines for my aquarium scenery. If your storyline includes zombies coming out of their cemetery graves or zombies running through a graveyard, these tombstone figurines will work nicely.

There’s a lot in this pack to fuel your imagination. Included are:

Even if you don’t use everything in the pack, the zombie skeleton clawing out of its coffin would be worth your while. 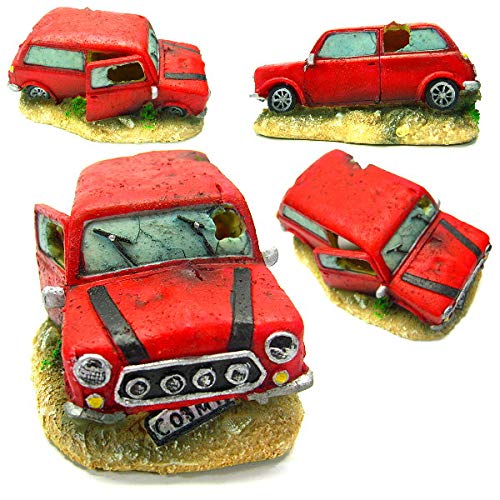 A broken-down car in your tank can help complete your post-apocalyptic scenery.

This one is actually a fish tank air stone, which can help to diffuse air in the tank. It will also help your filter run more smoothly and efficiently. The air goes in around the tire and comes out, fittingly, through the muffler.

But don’t worry. This car isn’t going anywhere. In true zombie apocalypse style, it’s missing part of its roof and some windows, making it a fun place for your fish to hide and swim through. I especially like the effect of a school of tetras swimming in one window and out the other. 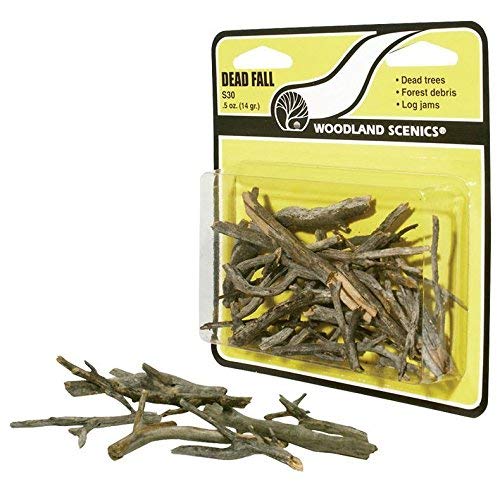 With nobody to clear trees to fall across the road or on top of houses during a zombie apocalypse, fallen branches can really get out of hand.

This beautiful deadwood is perfect for your scenery. While you could go scavenging through the woods for deadwood like this, there’s no guarantee it wouldn’t be infested with insects and fungus. I like the assurance that nothing is growing in it that could harm my fish. Sure, I could get some green wood, cut it, and wait for it to age, but that would take more time than I want to spend when I’m trying to set up my aquarium. 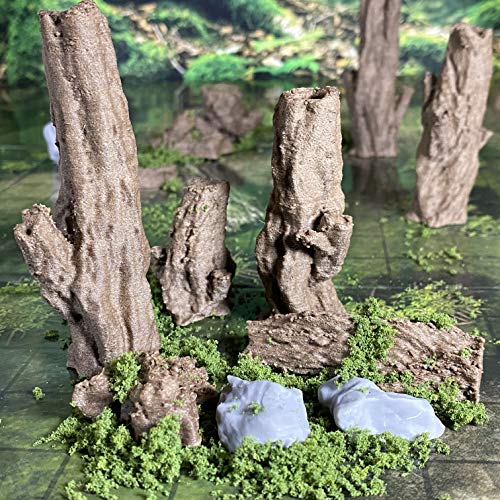 When I think of the Walking Dead, I can’t help but think of all those Georgia forests where they filmed the series. Quite a lot of scenes take place in the woods. So, if the scene that you’re imagining for your aquarium takes place in the woods, these dead forest trees might be just the right thing to use.

I first used these for a D&D campaign before thinking of adding them to my aquarium. The cool thing is that, even though they’re plastic, they look like dead trees, especially underwater. The pack also includes the plastic rocks and stumps pictured in the listing. Those can be fun props as well.

One Walking-Dead-related thing you could do with some of the trees is to add the symbols that indicate safe zones in the series: red circles with a red X inside.

My favorite of all these Walking Dead fish tank decorations is the Walking Dead figures. Otherwise, it’s just a zombie scene. And, of course, you need the zombies, too, for your zombie apocalypse. And you certainly can’t have an apocalypse without a defunct car in the middle of everything.

If you have space in your tank, you’ll probably want to buy everything. Also, consider some DIY aquarium decorations to spiff it up even more.

Imagine your friends’ surprise when they come over for zombie movie night, and you have a Walking Dead setup in your fish tank. It’s certainly going to be Instagramable.

Your fish will love it, too—even if they will never know that Neegan is supposed to be the scariest thing in the tank, not your green terror cichlids.

Maybe you’re not into the horror genre well how about Sci-Fi if that’s the case check out these Galactic Star Wars Aquarium Decorations.