Compatibility Guide: What Are the Best Emperor Tetra Tank Mates?

Compatibility Guide: What Are the Best Emperor Tetra Tank Mates?

I hope you love the products I recommend! By the way, any links on this page that lead to products on Amazon are affiliate links and I earn a commission if you make a purchase. Thanks in advance for your support!

Today we are going to show some awesome Emperor Tetra tank mates for your aquarium.

The emperor tetra is a schooling fish, commonly found throughout the Rio San Juan and Rio Atrato river basins in Colombia.

These colorful schoolers are known for being low maintenance and adaptable to many aquarium environments, which makes them a great choice for beginners. Though they tend to thrive most in conditions closest to their native Amazonian habitats. 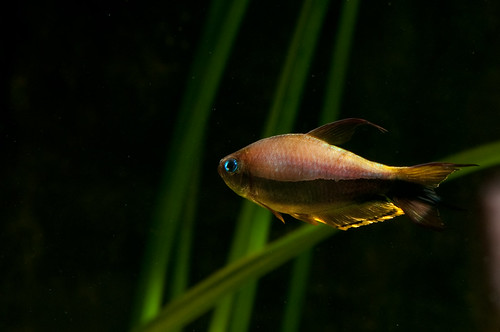 While their ease of care and attractive appearance make them a desirable addition to most aquariums, it is always important to make sure you always group your fish wish suitable tank mates.

To help you provide a safe, comfortable environment, we have compiled a list of the most suitable emperor tetra tank mates. Dive in to learn everything you need to know.

Some Equipment To Help Care For Your Emperor Tetra

The Best Emperor Tetra Tank Mates for Your Aquarium

As a schooling fish, it is recommended to keep your emperor Tetras in no smaller than a 20-gallon tank. If you are a beginner, there are several great kits available to help you get started.

They also perform best in aquariums with ample foliage and soft lighting to better mimic their Amazonian environment.

With a sufficiently-sized tank, you will have plenty of space to stock your aquarium with a variety of species. And the emperor tetra’s docile disposition makes them suitable tank mates for a wide variety of tropical species. And at an adult-size of two-to-three inches, they are large enough to avoid being eaten by the likes of angelfish, gourami, and the smaller catfish and sharks species.

All of that being said, it would seem like they would do well in almost any group. While that is true, it is usually best to match them with similarly sized and dispositioned fish like the following: 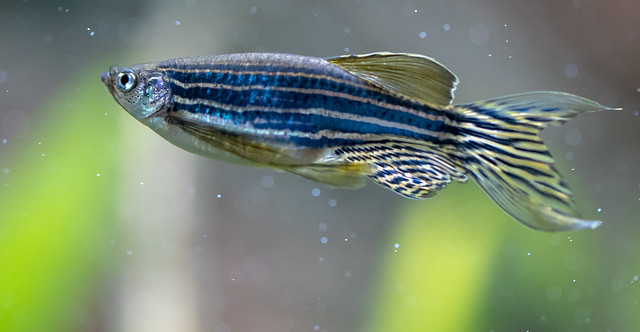 Danios are one of the most popular species for home aquariums, particularly among beginners. These small schooling fish hail from Southeast Asia and are known to be docile, extremely hardy, and well-suited to a variety of water conditions.

Like the emperor tetra, they prefer an environment with plenty of plant life and subdued light. As a schooling species, it is best to keep them in groups of at least six individuals. They do poorly on their own, often hiding amongst the greenery.

When kept in an appropriately sized school, however, they are quite active. A quick-swimming school of danio can add a flash of color to your aquarium environment.

They come in a variety of subspecies, each with their own distinctive colors. In large enough groups, danio of different subspecies will often group together, allowing you to mix them together to create a more dynamic color palette.

Danio is omnivorous and will do well on a diet of almost any common fish flake or pellet. But while you could raise them successfully, on an all-flake diet, they will benefit from the occasional live-prey item like brine shrimp, tubifex worms, or bloodworms. 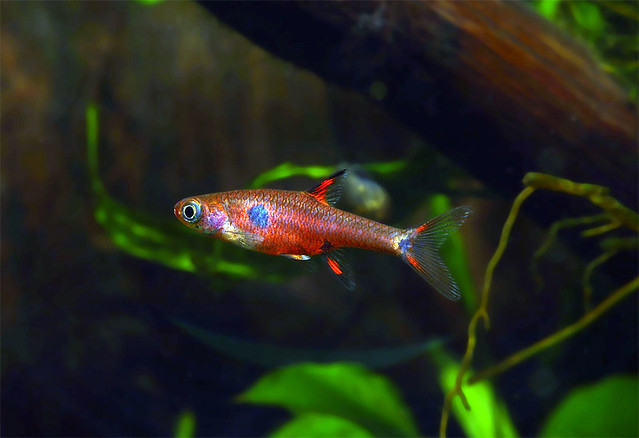 Rasboras are a family of small, minnow-type fish known for their often bold colors.

Found in Southeast Asia and certain parts of Africa, rasboras are another hardy, peaceful family that makes excellent additions to most community aquariums.

The most popular species of rasboras are the red rasbora, sometimes called the harlequin rasbora. True to their name, they are a reddish-orange color with black stripes and a shimmering complexion. However, they also come in silver, black, and yellow varieties.

Rasboras should be kept in shoals of ten or more. If left alone or in small groups they will often become stressed. They are also a very active species, so your tank should have plenty of wide open space for them to dart about.

Their docile nature makes them good tank mates with most other small, peaceful species.

They are not particular about their food and can live off of common fish feed. However, a varied diet will promote protection against disease and digestive problems.

When adequately cared for, rasboras can live as long as ten years. 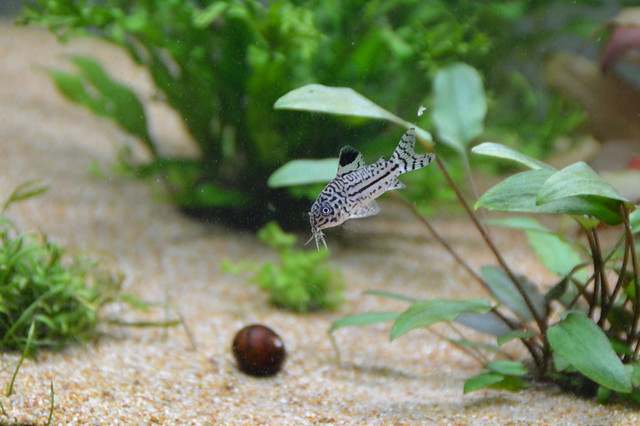 Corydoras, or cory cats, s as they are commonly called, are a species of small catfish. Only reaching a maximum length of about three inches, these miniature catfish are native to clear-flowing rivers in Bolivia.

Cory cats have slightly higher care requirements than some of the other species on this list. Their native environment is known for its pristine waters, so maintaining high water quality is essential for their well-being.

As a very active species, they need a lot of space to swim. A 30-gallon tank is probably the minimum size needed to accommodate them. And they prefer an aquarium with a lot of water flow, similar to their natural environment.

Additionally, all catfish will regularly swim to the surface to take gulps of air. This is an adaption that allows them to take in extra oxygen through blood vessels in their gut. It most likely developed to allow them to thrive in the poorly oxygenated waters they can often be found in.

Whatever the case, provide room for them to emerge from the water is essential to their health.

But these conditions are not an unreasonable burden, and they can be found thriving in most standard, well-planted aquariums.

Cory cats should be kept in small groups, and will gladly coexist with your tetras and other small, peaceful fish. Their diet should contain mostly meaty materials, with some algae and plant material for variety. 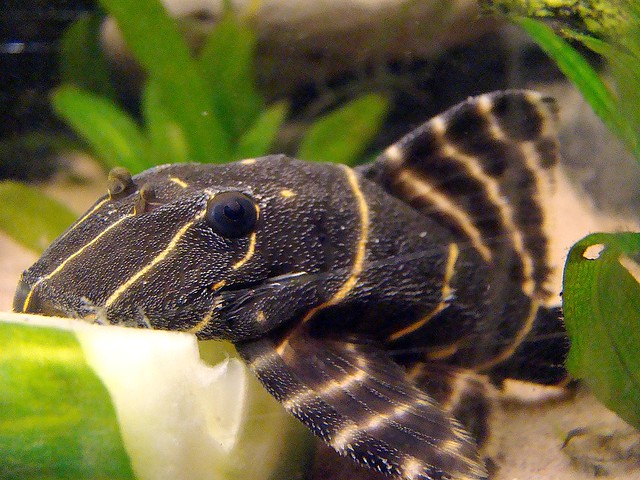 Plecos, also sometimes called sucker fish, are another type of small catfish. If you’ve ever been to the fish department of a pet store, you’ve probably seen one or two of these suctioned onto the side of one of the tanks. Hence the name “suckerfish”.

Plecos are bottom feeders, and will often busy themselves cleaning eating patches of algae off of the tank walls or bits of discarded food that drift to the bottom of the tank. Their role in their natural environment also gives them a very low-profile personality, making them easy tank mates for other species.

For that reason, plecos are one of the most popular types of Aquarium Fish. It should be noted, however, that certain species of plecos can grow as large as fifteen inches. So be careful to pick a variety like the bushy nose pleco, which only grows to about four inches.

Their tank requirements are similar to the aforementioned cory cats. A thirty-gallon tank with plenty of foliage and other cover and steady water flow will best suit them.

An important caveat: while peaceful towards most other species, plecos can become territorial towards other plecos. It is best to limit them to only one or two individuals, depending on your tank size.

Like their cory cat cousins, plecos prefer a meaty diet mixed with plant material. You should especially be sure to provide them with sinking bottom feeder food to accommodate their natural niche.

Pencil fish is the name given to a genus of common freshwater fish species. They’re so-named for their slender frames, and rarely grow larger than two inches in length.

Found in tributaries throughout South America, their natural conditions are largely similar to those of your tetras. Their primary special condition is a sensitivity to high nitrate levels, necessitating more frequent water changes than hardier species.

They can live comfortably either as an individual or in a group of six or more. It is another omnivorous species and will do well on a basic diet. 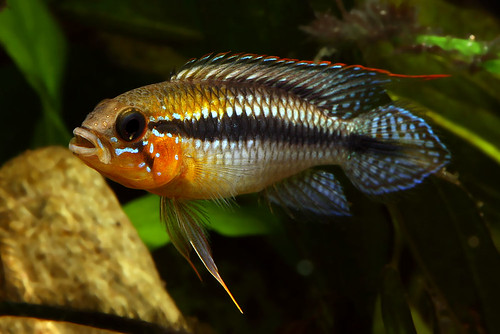 Dwarf cichlids is the name used for a broad set of South American freshwater species. The genus covers about 150 different species. But as most of them don’t have common names, they’ll usually all simply be sold as dwarf cichlids.

These colorful fish gravitate towards the bottom of the tank and therefore make the best tank mates with open water swimmers. However, they are generally peaceful and will coexist with most similarly peaceful species.

They should be kept in pairs or in small groups consisting of no more than a single male and a majority of females.

As tetras are a schooling fish, the most important tank mates for them are others of their own kind.

Tetras should be kept in schools of no fewer than six individuals, and ideally about ten for a 20-gallon tank. Schooling fish are naturally much more comfortable when surrounded by others of their own kind, so keeping a larger school will encourage your tetras to spend less time hiding and more swimming about in open water.

Despite being a very peaceful fish, male tetras will sometimes challenge each other for control of the group. Fortunately, these squabbles don’t result in any serious damage being done.

But if you want to discourage fighting regardless, either providing a larger territory or reducing the male-to-female ratio will provide less opportunity for conflict.

What fish can live with Emperor Tetras?

The Best Emperor Tetra Tank Mates for Your Aquarium are;

Like almost all tetras, Emperor tetras can be fin nippers so ensure you don’t keep them with any delicate fish with long fins.

If kept in schools of at least 6 you can minimize any aggression or fin nipping that might occur.

How big do Emperor Tetras get?

If well cared for, your tetras can live a good five years. Stocking your aquarium with proper emperor tetra tank mates will help ensure that they live out their lives happily and healthily.

If this is your first time stocking a fish tank, check out our tips on how to save money while providing for your fish friends needs.